I wrote on the chalkboard this week.  The one that hangs by the kitchen door I pass through a hundred times a day.  The board I write stuff on so my scattered ideas have a fighting chance to hone onto a task or two…or ten.

“2 boxes” I wrote.  2 boxes to hold my home school teacher’s guides and workbooks used and unused.  2 boxes to clear off at least two precious bookshelves.  I needed two boxes because we enrolled our children in an international school a month ago.

I fully expected to need these notebooks and guides this very month.  But, life overseas sometimes…no…often means rapid change.  In mid-June I began praying about a change for our kids’ education for the coming year and by early July we filled out the forms.  That’s nigh on the speed of light to me.

As I sort out all the factors that go into making a decision like this it slowly distills into a phrase I hear in Asian culture.  Half the Sky.  Women hold up half the sky so the saying goes.  It’s a beautiful phrase and I love it.  But, I saw myself growing weary because I was going to try to hold up the whole sky if I continued homeschooling. 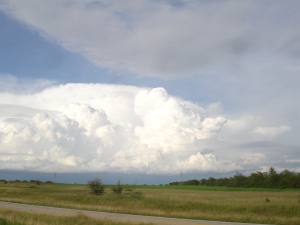 Even now I want to say I could’ve done it.  We didn’t have to enroll them.  And those statements ring some truth but I say them because I want people to see me as strong…as someone who can hold up the whole sky not just half.  The phantom rears its ugly head.  The lie that strength is found in toughness and survival and capability rather than in resting on the One who holds everything together.

As a very hot summer month slipped by, I took up a few new and exciting responsibilities for the coming year, I stopped buying the kids winter clothes because they will wear uniforms, and I mentally planned to shop and drink coffee at Starbucks their first day in school.

At home, I looked more and more at those two bookshelves in our homeschool room and the books that laid on top of other books on other overfilled shelves above and I embraced reality in a more physical way.  I began pulling things off for storage.  It is not the time to give them away but it is the time to pack them away in the two boxes I keep forgetting to get at the grocery store.

A new season begins for our family…and I still don’t know what new name to give the homeschool room.

3 thoughts on “Half the Sky”