His plate sat there half full of scrambled eggs as he reached for more. I watched as he spooned some more on the right side. Then he ate the right side leaving a line straight up the middle. Eggs on the left. No eggs on the right. I turned the plate and it was like a magic trick.

The brain is fascinating. When signals don’t come from the eyes, it fills in the blanks, interpreting from what it’s learned. My dad doesn’t realize he can’t see his left side. That means walking into walls and furniture, knocking things over.

Now he often needs help on his blind side to prevent a fall or running into things. It’s a lesson in humility, I’m sure. For me it’s a lesson in service.

I’m constantly watching and adjusting on the blind side, learning his limits, walking the fine line between parent and child. Sometimes I tell him like it is, and he follows. Other times there’s no leading him anywhere, only hanging on for the ride. Like when he wanted to do a pre-op snow angel outside the hospital.

Walking the blind side is a privilege, but he’s a man not used to being guided. He’s led where he doesn’t want to go. Like Peter in the Bible.

When you were young , you would tie your belt and walk wherever you wanted. But when you grow old, you will stretch out your hands and someone else will tie you and carry you where you don’t want to go. John 21:18

At this point we’re not tying him up. Its a tempting option when he’s home alone and inclined to test limits that are steadily changing.

He’s not the only blind person. I’m as blind as my dad about what’s next. My mom less so, but this is the first brain tumor in our family. We pray it’s the last.

None of us wants to walk this path. We’re learning and we’re taking faltering steps into unknown territory. I’m growing wary of what I can’t see ahead, like my dad.

Follow Me. That’s the big question, bound on this path, will I follow Jesus? Will I go where I don’t want to go, because that’s where He’s going? What does faith look like on this path?

I will walk the blind side again today and tomorrow and for a long time to come. At least, it will feel long. Doctors say it will not be nearly long enough. 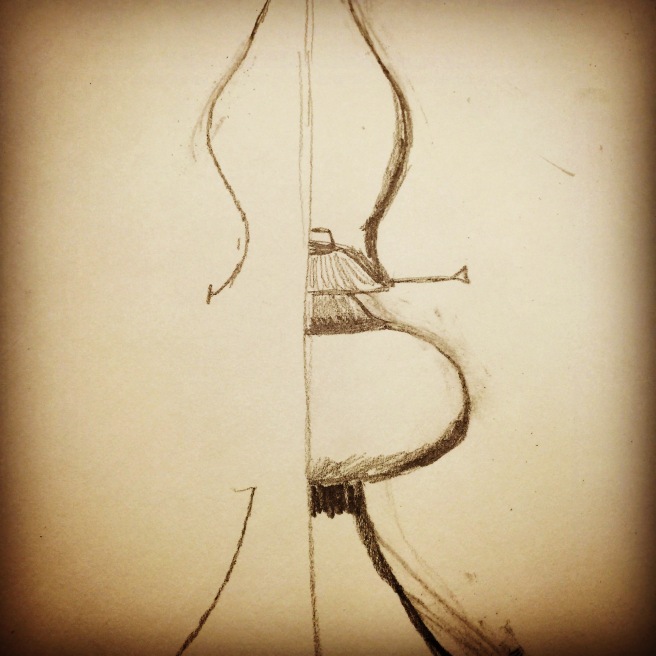 5 thoughts on “Walking the Blind Side”